A Tale as Old as Time: Beauty and the Beast vs. La Belle et la Bete 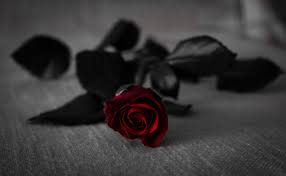 It has been twenty six long years since Disney’s animated classic Beauty and the Beast hit the big screen, captivating many. Those who grew up with the tale of Belle and the Beast are hit with a major wave of nostalgia as of March 17th, 2017. In recent years, Disney has been on a journey of recreating its classic animated tales in live-action style. This year is Beauty and the Beast’s turn to undergo adaptation and capture the hearts of a new generation. With a revenue of $174.8 million dollars for its opening weekend, the movie did not fail to impress a wide audience of those who grew up with the original animation and the generation who will call the new installment their tale as old as time.

Aside from the hype of comparisons between the new film and the original 90’s animation, people do not pay much mind to a comparison to the original tale. While Disney’s long line of animated fairy tales tend to have a more uplifting, lighter tone, the originals are pretty dark. The original Beauty and the Beast tale does not have as dark of a plot as some other original fairy tales, but rather an interesting comparison to the new 2017 film. The first tale of Beauty and the Beast–La Belle et la Bete–written by French novelist Suzanne Barbot de Villeneuve and published in 1740. Villeneuve’s tale, while containing large points of contrast, has a few plot points similar to the new film.

The original puts more focus on the the relationship between Belle and the Beast. Beauty, which is her name in the tale, sacrifices her freedom for her family, but is welcomed to the castle differently than what is seen in the movie.  Instead of Belle becoming a prisoner in the castle, the Beast welcomes her as the mistress of the castle and he her servant. He then proceeds to lavish her with gifts and clothing. This is a stark contrast to the isolation and negativity Belle is faced with in the film. The Beast is quick to inflict disrespect on Belle in the movie, and doesn’t pay mind to her well-being. In the tale, the relationship between Beauty and the Beast is a little different. The Beast shows Beauty more kindness and asks for her hand in marriage every night. Beauty rejects his request every night, hoping to find a handsome prince someday. When considering the film, Belle is almost repellent to the idea of a husband, rejecting the narcissistic Gaston on multiple occasions.

Another contrast between the tale and Disney film is the way Belle/Beauty’s family is portrayed. In the film, a motherless Belle and her father live together in their small village. The original tale is similar in that the family is motherless, but Beauty is the youngest of six children. Three boys and three girls. Beauty’s sisters treat her horribly, a parallel to Cinderella’s stepsisters. Their jealousy of Beauty’s life at the castle is what ultimately leads to the Beast’s almost-death.They trick her into disobeying the Beast’s request to return to the castle, causing him to become heartbroken and collapse. In the film, the Beast nearly dies from battling Gaston.

Even with multiple points of contrast between the original tale and the film, there are a few similarities between them both. A few general plot points stay consistent in the film which include: Belle/Beauty’s father getting lost in the woods and stumbling upon the castle, Belle/Beauty’s request for her father to bring her a rose from his journey, and the curse the Beast is put under from the enchantress. These points are pretty crucial to the development of the story. If the film did  not adapt these, it would essentially be a whole new story.

After the success of the new Disney adaptation of Beauty and the Beast, it is interesting to look back on the original tale and see how the story has re-formed over the years. While the new film stays true to the Disney animation and contrasts deeply with the original tale, there are a few moments when the original plot shines through.